“The Martian Crater marks the spot” 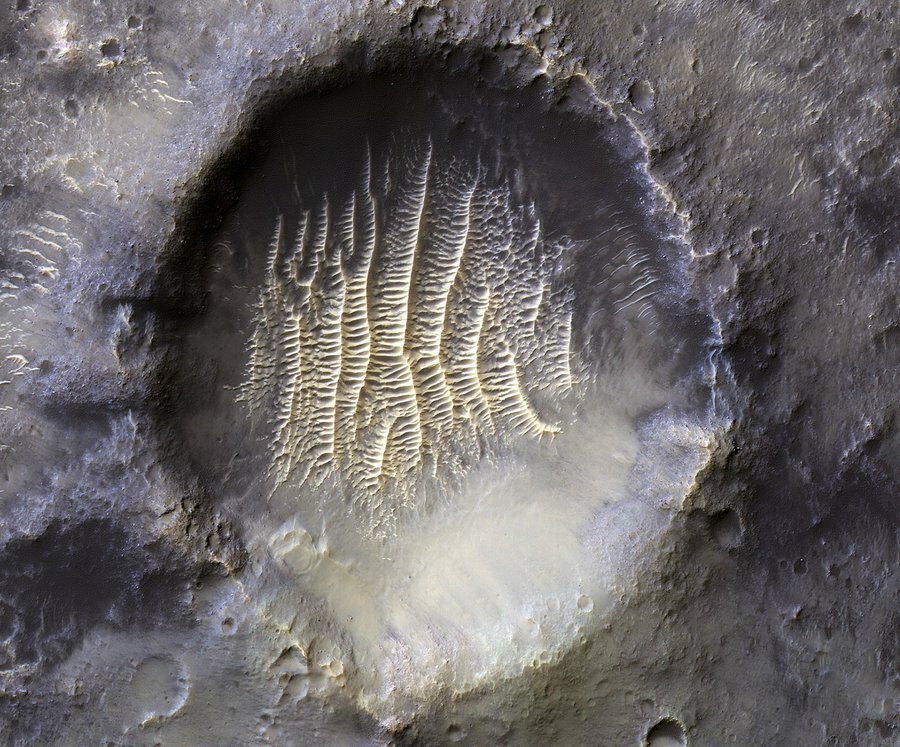 “The Martian Crater marks the spot”

The larger crater that sits within this crater, called the Airy Crater, originally defined zero longitude for Mars, but as higher resolution photos became available, a smaller feature was needed. this crater, called Airy-0(zero) was selected because it did not need to adjust existing maps.

This image was captured by the High-Resolution Imaging Science Experiment (HiRISE), on the Mars Reconnaissance Orbiter. The map is projected here at a scale of 50 centimeters (19.7 inches) per pixel.