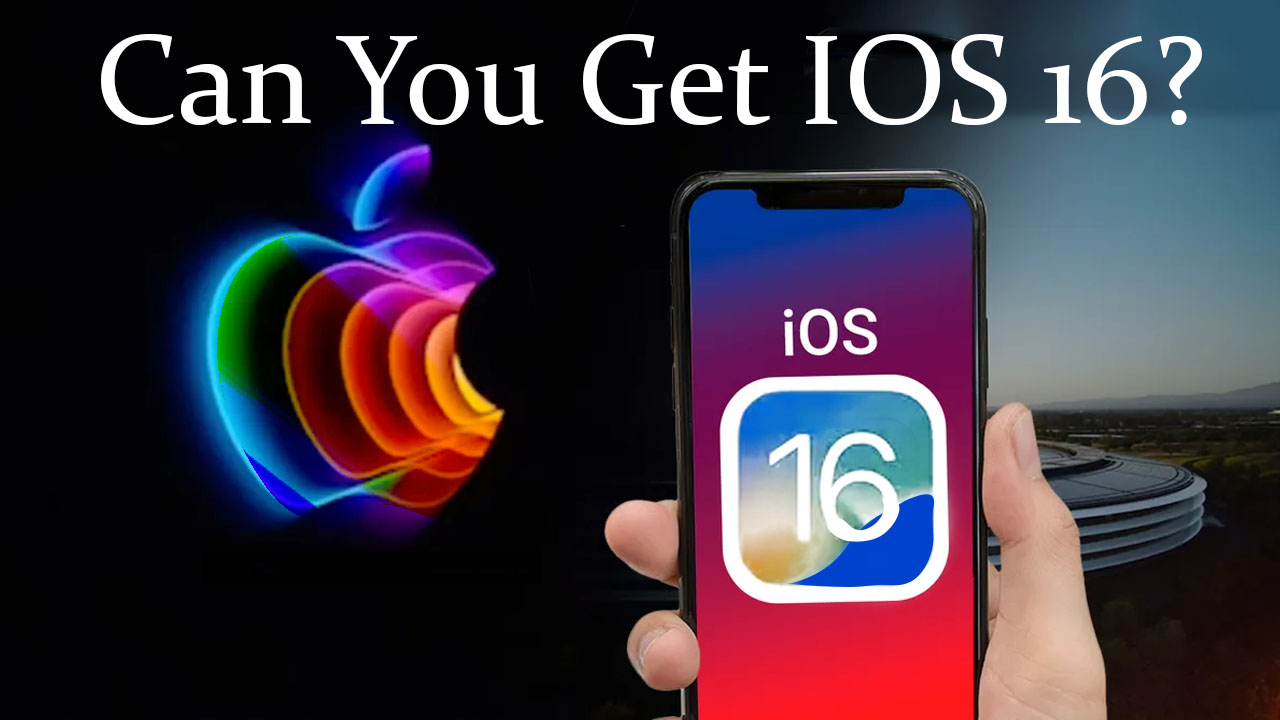 iOS 16 is here the software that the next Iphone 14 is going to release with. So these are top 10 new features right here from Apple HQ the place where they would thought of.

#Number 1 – Live Wallpaper
Being properly live wallpapers sort of you still can’t get full moving video wallpapers like you can on android. But you do not get wallpapers that animate as you transition between the lock screen and the home screen. It is pretty much a one to one of a feature that xiaomi has had for years now. But still it does add a much needed touch of life to the iphone.

#Number 2 – Wallpaper gallery
The new wallpaper gallery so you know how right now if you want to find new wallpapers. All the time pretty much your only option is to head onto the app store. And download one of those free wallpaper apps that serves you an ad every single time you click a button. Well apple is now trying to bring this feature internally. So now when you go to choose a new wallpaper your phone will serve you a combination of both new wallpapers.

That it thinks you’ll like and also photos you’ve already taken that it thinks are a good fit. Oh yeah. Also iphone’s lock screen there is a new wallpaper automatically applied.

#Number 3 – Messages
Messages has also had an upgrade a very simple upgrade but one that will probably affect quite a lot of people. You can now edit messages after you’ve sent them in case let’s say you spell a word wrong. You can undo messages and you can also mark a message thread as unread.

#Number 4 – Intelligence
But this is where it gets juicy because more important than wallpapers and messages is how ios 16 manages to improve the general intelligence of iphones. So you might know that right now when you take a photo on an iphone you can interact with the text in that photo. But with the new ios you can also pause any video and interact with the text within any frame. You’ve got new quick actions in the camera which let you convert currencies and translate text in real time. Plus I think this is even cooler a feature called Visual Lookup.

Let’s say your dog and then instantly it can strip out the subject separating it from the background to be able to paste that subject into other apps. Let’s say messages and finally dictation is now more intelligent when you’re using speech to text on your iphone it’ll now automatically add in punctuation and somehow even emojis.

#Number 5 – Sharing
I really get the impression that sharing is the thing that apple is trying to double down on. Right now so first up is photo sharing which is is trying to address the very real problem of each member of a family or friendship group. Having their own set of photos that they’ve taken but never the full set of photos that everyone’s taken so ios 16 now creates a shared icloud photo library. With up to five people and you can set the rules that dictate what gets shared to that folder.

Like for example the location that a photo was taken in or who is actually in that shot. And even within the camera app you now have an option to shoot photos directly to a shared icloud library. It’s very convenient but I do also feel like there’s a high likelihood of accidentally sharing something that you did not want to share. Sharing is not always caring there is also a lot more emphasis on sharing things by the messages app.

So for example you know share play the ability to watch movies or go on apps together at the same time. With your friends you can now jump into shareplay apps directly from messages. Oh yeah and as well as ways to extend the amount that you share apple is also trying to allow you to reduce the amount with something. That they’re calling safety check which is made for sufferers of abusive relationships. To be able to really quickly stop sharing your location to be able to reset your privacy settings.

And also to sign out of icloud and apple messages on all your devices except the one you’re using this is very smart.

#Number 6 – Apple Pay
Seems like kind of a huge deal and it’s to do with Apple Pay now. One new thing coming is that you’re very soon going to be able to tap two iphones together. And just with that transfer money from one user to another user that’s pretty cool already but then something I think is absolutely enormous is a feature that they’re calling Apple Pay. Later it basically lets you when you’re about to buy a product using apple pay to split that payment up into four separate chunks with zero interest and no fees.

So at the point where you’re buying something apple pays the full amount of that purchase to the company. And then over the course of the next six weeks takes back that amount bit by bit from your account it’s almost like apple’s becoming a bank.

#Number 7 – Apple Wallet
And related to that they’re also lasering in on expanding the apple wallet. You can kind of tell that the end goal here what apple’s trying to achieve.With ios is to effectively replace your actual wallet so for example right now they’re working with various states and cities to try.

To make your apple wallet hold your driving license plus your keys your apple wallet can now hold your hotel keys your office keys your home keys. And just like with a physical key that you could you know take out of your wallet and hand over to someone else. You can now just send someone one of your virtual keys through apple messages. Can you imagine if you sent them to the wrong contact though?

#Number 8 – Apple Maps
The new Apple Maps is also kind of exciting. Now just to give you a little bit of context. I’m pretty much mostly a google maps user I quite like how it’s not focused on being ultimately streamlined and instead just focuses on getting as many features in as possible. But there is enough new stuff coming to apple maps that i’m pretty keen to give it another go.

There’s an upgraded 3D view which highlights buildings with better elevation. And improved detail and to be fair on the demos they showed us this looks insane. With even a different aesthetic depending on whether your phone is set to light mode or dark mode. But i think i do need to see how it looks in the more day-to-day more normal rural scenarios to come to a conclusion.

But there’s more you can now plan a route with up to 15 different stops in advance. You can plan that route on your mac and then send it straight to your iphone which is actually something that I would use. Tt will save me the couple of minutes that it takes to re-enter it on my phone. Plus you can also see the fares and actually make the payment for those fares of any public transport within the apple maps app.

#Number 9 – Notifications
One of the things that i’m most excited about though is how ios 16 handles notifications. I think the key thing it’s trying to do is reduce that feeling of spam so for starters notifications now come up from the bottom of your lock screen. Instead of near the top but then also I imagine I’m not the only one who has a couple of apps that try to ping me like 10 different times per day.

You get this a lot if you use sporting apps they’ll give you a new notification literally anytime. Even the most minor thing happens so ios 16 separates them it puts these activity-based notifications into a separate live activities section.

It makes them more compact and it allows you to set them so that they don’t bug you. In the same way that notifications that actually require your attention need to.

#Number 10 – Lock Screen Customization
I would say the most significant change in ios 16 is the lock screen it’s taking its sweet sweet time. But finally we have proper lock screen customization you press and hold on your screen and it takes you to the editor mode. It’s a very apple experience like it’s definitely somewhat controlled like you can’t change the core format of the screen. And you still can’t move around the camera icon or the flashlight icon.

That you’ve taken and sandwich the clock between them there’s a new look to music with bigger album art. Plus widgets in ios 14 apple introduced widgets on the home screen. Now in ios 16 you get widgets on the lock screen and they’re not just the same widgets repurposed they’re brand new.

They’re custom made to fit better and also you can now have one lock screen for when you’re at work with your work notifications your work wallpaper. Your work widgets and then with one swipe you can switch to your personal ones a lot of these features are not new to smartphones. But the fact that they’ve been made easy here means that I think a lot more people are about to start using them.

When is the release date of iOS 16?

We expect iOS 16 to be release to the public in September 2022 after the annual iPhone event. But Apple has also statified that they will lunch in the fall. Last year iOS 15 arrived on Monday, September 20, 2021.

Which Iphones are getting iOS 16?

Click the links below to get more information about Technology & Latest Update: