How does the International Space Station Work? 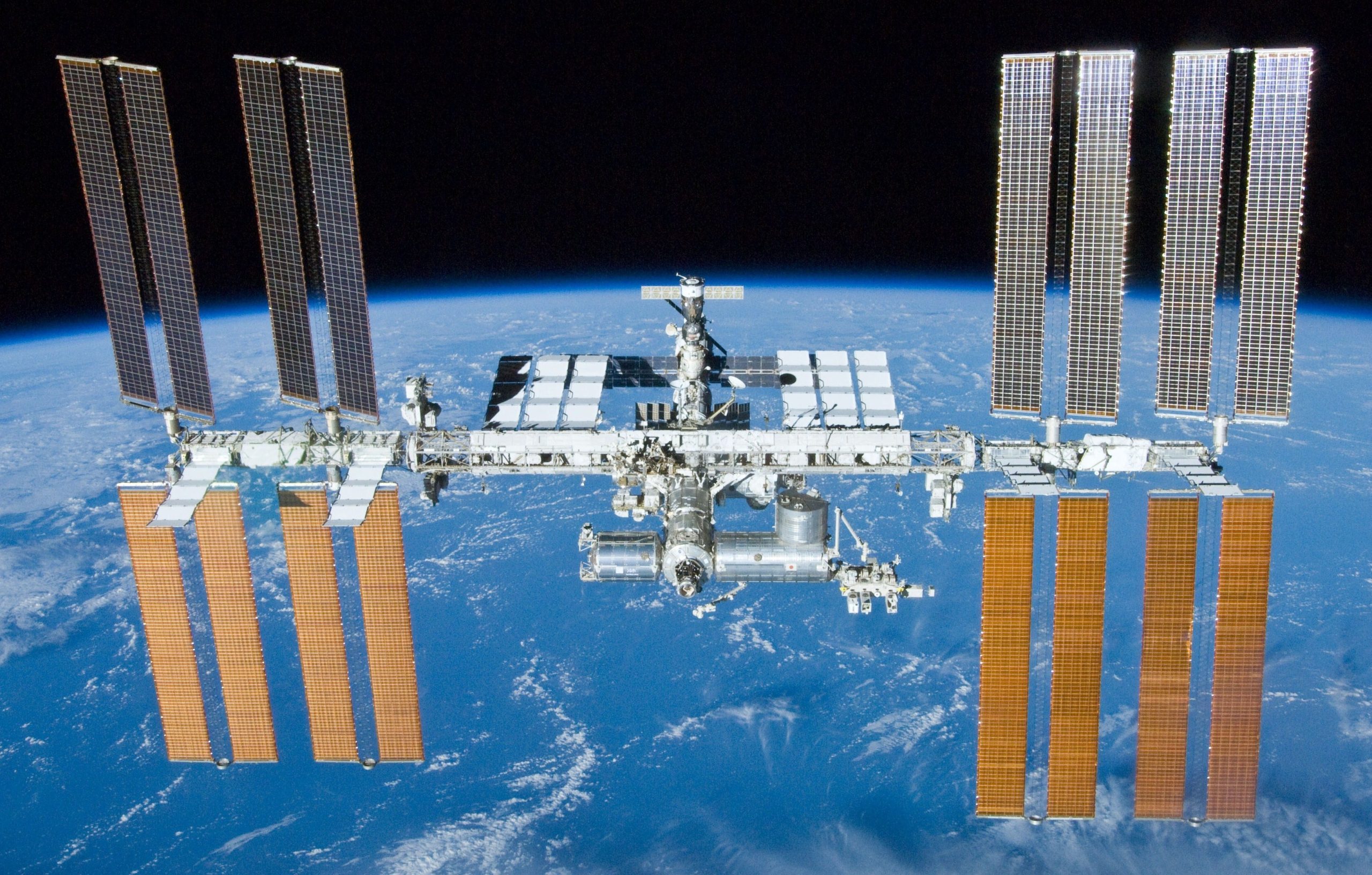 How does the International Space Station Work?

The International Space Station is the largest manmade structure in space. It was built in pieces and then launched into space and assembled in orbit. In this blog, I want to give you a detailed look at the station. We’re gonna reach at each module in the order that they were assembled. We’ll look at the countries involved and the future plans for the station.

The International Space Station, or ISS, took many years to become a reality. In 1984, the United States announced a project called Space Station Freedom. Here’s some drawings of what the original station might have looked like. It was never actually built in its original form. There were lots of redesigns, and it’s funding was almost completely cut by US Congress.

Then in 1993, after several other countries were brought on board, the name was officially changed to the International Space Station. Five years later, construction begins in space. I’ll show you the complete construction process, but first, let’s learn a little bit more about the station. This is the ISS as it looks today. It’s mainly used to conduct science experiments that can only be done in space.

There’s usually six astronauts on board the station. They generally switch out about every six months so that no one spends too much time in space. The station is about the size of an American football field. It’s located just outside the Earth’s atmosphere. This is called Low Earth Orbit. It’s not very high up, considering that some satellites orbit way out here. The ISS only takes about 92 minutes to orbit the earth. That’s about 28,000 kilometers per hour.

Over time, the ISS will slowly lose altitude. If nothing was done, the station would eventually burn up as it reenters the Earth’s atmosphere. To prevent this, the station must be periodically reboosted to stay in space. The main countries now participating are United States, Canada, Russia, Japan and many countries from the European Space Agency.

Let’s get to know the main parts of the station. The Integrated Truss Structure is kind of like the backbone of the station. It holds the solar arrays to generate electricity, radiator panels, these remove heat from the station, and other equipment and science experiments are also attached. This part down here contains
the pressurized modules, which means the astronauts can live and work in here without a space suit.

Once in space, it’s time to put it all together. This is definitely not your average Lego set. Once construction started, the ISS took a little over a decade before it was considered complete. Each one of these lines represents the addition of a new module to the station. Let’s go ahead and start at the very beginning. The first piece of the station is a Russian module called Zarya. It provides power from the solar arrays and also propulsion when there’s a need to move the station. There’s three docking ports in front and one in back. These will be used to connect to the next pieces of the station.

The second module is American, and it’s called Unity, or Node 1. It has six docking ports to connect to future modules. There’s a special piece here to connect between the different docking mechanisms. This is called a Pressurized Mating Adapter, or PMA for short. Unity was launched with PMA-1 and PMA-2. This is the Zvezda service module. It provides life support systems and is considered the functional center of the Russian Orbital Segment. It also has three docking ports in front and one in back.

Next is the Z1 Truss. This holds equipment for the station. It’s not part of the main truss, but it provided a temporary mounting place, as we’ll see here in a moment. PMA-3 was then added to the bottom side of Unity. It’s always good to have an extra one of these around. The P6 Truss was temporarily mounted to the top of the Z1 Truss. This includes the first solar array wings. This provides much needed power to the growing station. Radiator panels were also installed to help remove excess heat from the station.

At this point, there was enough functionality that astronauts can start living aboard the station, instead of just temporary visits. From November 2000 until now, there has been a continuous human presence on board the station. The Destiny module is also called the US Laboratory. This is a place where a lot of
scientific research happens. A little rearranging was necessary so that Destiny could be installed. March 2001 came the addition of the External Stowage Platform 1, or ESP-1.

This was a place to store spare parts for the station. Canada made a vital contribution with the Canadarm2. It’s a robotic arm that can help around the outside of the station. It’s usually controlled by an astronaut who’s on the inside of the station. Either end of the arm can be attached to one of these grapple fixtures that you’ll find on various modules. The Quest airlock allows the astronauts to safely step outside for a few hours to perform an EVA,also known as a spacewalk.

This is a Russian module called Pirs. It can be used as an airlock for spacewalks or as a docking port to allow visiting spacecraft to attach to the station. Now we get to start building the integrated truss structure. If you remember from earlier, this is kind of like the backbone of the station. Our first piece is the S0 Truss, and it gets attached to the top of the Destiny module. The Mobile remote servicer Base System, or MBS, was added next. This platform can move along the truss.

It’s especially useful when the Canadarm2 is attached. Then the S1 Truss was added followed by the P1 Truss. The S stands for starboard and the P stands for port. This way, you know on which side of the station it’s on. Each side has room for three more radiator panels. For now, only the center ones will be installed. ESP-2 was added to the station right next to the Quest airlock. This is the P3/P4 Truss segments with solar arrays and another radiator panel. The tiny P5 Truss goes at the end here. To balance out the station, we’ll have to retract a few panels.

The following year, the other sides of the truss were added as well. ESP-3 goes down here. And then the P6 Truss can be moved to its final resting place. It’s also time to deploy a few more radiator panels. The Harmony module is also called Node 2. It will be attached to the forward end of Destiny. But first, we have to do some more rearranging. Harmony has six docking ports which will allow for further expansion of the station.

Next comes the Columbus module, which is a European laboratory. Now we get some more robotics also built by Canada. This is a space robot called Dextre. It can attach to the same grapple fixtures that are used by the Canadarm2. In fact, Dextre is most useful when it’s attached to the end of the Canadarm2. The largest module is the Japanese Experiment Module, also known as Kibo. It came up to the station in several pieces. It even has its own robotic arm.

Finally, we have the S6 Truss, the last of the truss segments. Now we’re starting to look a little more like the space station. These solar arrays will be rotated so that they face towards the sun. This helps the arrays generate more power for the station. The Japanese Experiment Module has one last addition. It’s called the Japanese Exposed Facility. This allows research to be conducted in the vacuum of space. The Russian module Poisk is very similar to Pirs. It was another place for Russian spacecraft to dock.

This is the first ExPRESS Logistic Carrier, or ELC-1. This is a place to store hardware to help the station work correctly. ELC-2 was installed on top of the truss here. The Tranquility module, also known as Node 3, is added to the side of Unity. On the bottom side of Tranquility is a small room called the Cupola. This has seven windows from which to see the view.

Each window has a cover that can be closed when they are not in use. Then came another Russian module called Rassvet. This was used for storage and as another docking port. The Leonardo module is used for storage of supplies and waste. The trash will build up here until it can be removed from the station. Here’s ELC-3 and -4. This is a science experiment called the Alpha Magnetic Spectrometer.

It’s used to study rare particles such as antimatter. A more recent addition to the station is called the Bigelow Expandable Activity Modules or BEAM for short. It takes up a small amount of space during launch and then inflated once attached to the station. BEAM is an experiment to see if this kind of technology can work. The ISS only has funding through 2025. But hopefully, that will be extended. After that, we may see pieces of the station repurposed for other projects in space.

Click the link below to get more information about Space & Astronomy: