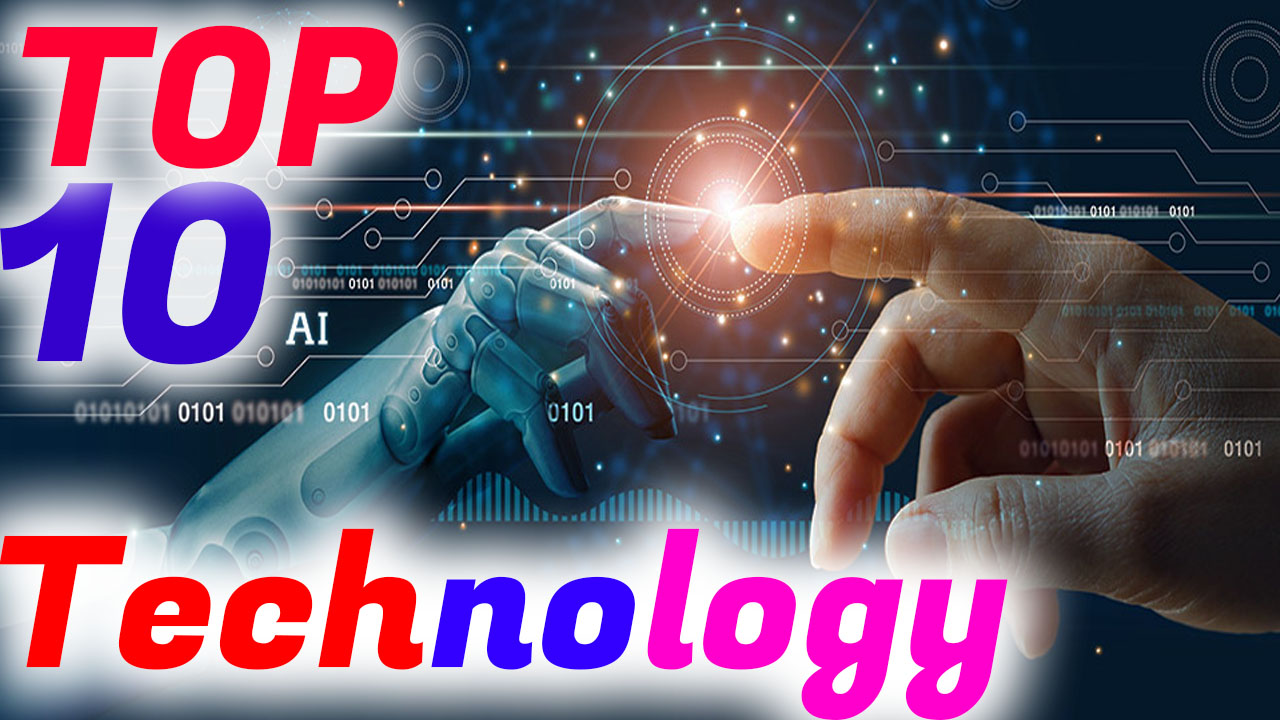 Now that we are one-thirds of the way through 2022. After lots of thoughts we ended up discussing about the future until recently they used to make science fiction movies about the year. We are in now movies with robots and flying cars, Okay they didn’t predict coronavirus but neither did any of us. Anyway we figured you’ve had enough of hearing about the coronavirus right now so we thought we’d stick to the robots and flying cars and other mind-blowing technologies that are already changing the world or about to change it.

The robots we’re talking about don’t look like the ones from star wars. Lots of them like Alexa and Siri you can’t even see because they’re a computer program. What makes them robots is the fact they can take data analyze it and learn from it and keep on getting more intelligent or the ones on google and facebook that figure out what ads they should make pop up on your screen and for when you actually leave.

Your living room robots are already helping us to build stuff in factories, analyze financial reports acts as virtual nurses for patients in the future. We could be talking about robots we have in our houses that will be able to cook for us do all kinds of boring jobs and outside of our houses doing dangerous ones like fighting fires or picking up radioactive waste and a whole load of other things. AI is already combining with pretty much every recent technology and it’s only going to keep on doing that.

Imagine being able to control a computer mouse and a keyboard or a drone. With not a set of controls but just by thinking about it or hearing music not from speakers but that’s being streamed straight into your brain maybe that thought blows your mind. Perhaps it even creeps you out either way it’s already being developed and it’s coming soon and leading the way is Elon Musk‘s company Neuralink which is looking at ways to implant a chip into your brain that will be able to communicate with computers.

Just in case you thought we made the thing up about streaming music directly to your brain that actually came from a tweet on Elon Musk’s Twitter feed. If the thought creeps you out a bit you’re not alone but the idea behind it is to help humans compete with super intelligent robots and it also aims to cure disorders like depression and addiction by rewiring brain patterns.

We are not just talking about those craft videos that come up on our Facebook feed with decorations people have made with 3D Printing. 3D printing fashion accessories even car parts is kind of old school. Now more cutting edge are 3D printed organs that use patient cells which will mean they don’t have to wait for an organ donor. In China they’ve 3D printed an entire apartment block and the future of 3D printed buildings could bring down the price of housing and solve the problem of homelessness. Also 3D printed rockets could be on the way too.

Nasa’s already made a 3D printed rocket injector and the California-based company Relativity Space aims to make the first fully 3D printed space rockets for a fraction of what they cost now. And by throwing a bit of AI into the mix the technology will be able to detect faults in the design and improve on them but they’re not there yet first they need to figure out how to 3D print something that’s 100 feet tall and out of a material that can withstand the temperatures of takeoff.

A completely different kind of robot; no not one that’s so cute it makes you think it’s alive. If you remember Tamagotchis, we’re not talking about those. These so-called Living Robots are made of a real living tissue and could revolutionize medicine. Scientists have taken stem cells from frogs and they’ve used computer programs to assemble them into blobs about a millimeter in diameter.

They are not robots as we know them and even though they come from living tissue they’re not classed as animals either they’re tiny programmable organisms that can move independently and can even work together as a team. They might even be able to self-heal their wounds remove plaque from human arteries or take medicine into patients bodies it’s fascinating stuff.

If you’ve played Pokemon then you’ve already used AR but chasing Pokemon is just the tip of the iceberg. With this exciting technology and the boundaries are just going to keep growing. Overlaying digital images onto real life backgrounds could have all kinds of applications in the future like AR manuals.

Think of the last time you had to fix a car engine but weren’t sure what you had to do forget looking for a tutorial on YouTube. Soon enough you might be able to put on a pair of AR glasses or contact lenses
and then look at the engine with the help of a bit of AI. The software will analyze the problem and then show you exactly what you have to do and then give you feedback on whether you’re doing it.

Right how about a city guide that doesn’t just show you the best restaurants and nightlife on a map but we’ll point it out to you in real time with menus and reviews appearing next to them. And instead of seeing advertising billboards in the city your AR glasses will show you virtual adverts tailored for you which means it’s got big potential for advertising as well or what about doing some online shopping for clothes and see yourself wearing them even though you’ve never been anywhere near them.

Getting a preview of how furniture will look in your room even though it’s still in the warehouse or conference calling someone on the other side of the world and having them appear on your couch and these are just a few things ar could be bringing to us soon.

Virtual Reality for any gamers out there; you’ll know when you get hit in a game and you feel a dull thud from your control panel. That is this concept Tactile or haptic feedback but it’s about to be taken to a whole new level. Imagine the same idea but in a bodysuit with sense transmitters all over it. It will mean that your VR experience lets you feel the experience as well as see and hear it bodysuits like these that let you feel as well as see and hear.

Virtual worlds are already on the market and they have uses in sports training rehabilitation and gaming too the technology is also being tested for training surgeons in simulation programs for practicing complicated surgery. It helps to be able to feel resistance of body tissues when they’re being cut into or sewn programs that can do this make the training more realistic and area already in development.

Yes thanks to Tesla self-driving vehicles which are already on the market but what’s being done so far is only the tip of the iceberg. For Tesla and other companies the goal is level 5 automation that means there’s no steering wheel or pedals. The passenger just inputs where they want to go and the car does all the work that means we could be looking at a future where most people don’t own a car. Instead there are just fleets of self-driving vehicles on the road which you just jump into and enjoy the ride.

Not so great if you love being behind the wheel yourself but it promises to reduce congestion and pollution and it could make parking lots obsolete and free up that space for other uses. Speaking of self-driving vehicles; why stop at cars in Dubai, the world’s first autonomous drone taxis are in development. The company that’s developing them volcopter aims to launch them by 2023 and they estimate that by 2030 a quarter of journeys in Dubai will be done by drone taxi.

When it comes to transport of the future if drone taxis aren’t exciting enough for you. Maybe this will be imagine doing long distance journeys at a speed even faster than a jet plane. But without having to be airborne and potentially with zero carbon impact well that’s something Elon Musk is working on. It’s a joint project between Tesla and SpaceX and it’s called the HYPERLOOP.

It works by placing a pod inside a tunnel with low air pressure and as the air resistance and friction are low. It can travel at hypersonic speeds in testing they’ve reached 460 kilometers per hour they aim to get that up to 1200 kilometers per hour. That is faster than a commercial jet. Oh! and Elon tells us it will work even better on Mars where there will be no need for a tunnel because there’s almost no atmosphere there good to know.

The hunt is on for alternatives to fossil fuels and a carbon neutral feature. Everybody with common sense knows it’s the way forward apart from people working for oil companies or whose election campaigns are funded by them. We have all heard about electric cars but another option that doesn’t pollute is Hydrogen Power. Hydrogen fuel cells to power engines have been around for a while in 2015.

Toyota produced a car that runs on hydrogen the ‘Mirai’ and by the end of 2019 they had only sold 10,000 of them. Not a huge number that is because there are still problems to deal with before hydrogen really takes off.

First even if hydrogen is the most abundant element in the universe it is still difficult to put it into pure form that makes it expensive by the mile it’s about four times as expensive as gasoline.

Second it’s highly flammable which makes it dangerous. Yes gasoline is also flammable but not as difficult or dangerous to store as hydrogen and this makes the technology more expensive and a hydrogen vehicle costs about twice as much as a comparable vehicle that runs on gas.

But the search is on to make hydrogen more available safer and cheaper and if we can do all that hydrogen could be the power of the future.

If you think you have got too many wires in your house, this one could be for you. Because soon enough instead of having your electricity coming through wires it could be stored in the bricks in your walls. Combine that with a few solar panels on your roof and we could be looking at steps toward carbon neutral living and we are talking about regular building bricks.

The world’s most familiar building material just ones that have been modified by scientists. The fact they contain iron oxide that is also the chemical that makes them red, allows them to do this. They are rechargeable and there’s also talk about them being able to directly turn the sun’s heat into energy. That would mean you wouldn’t even need a solar panel on your roof. The science on this is still in its early stages but a proof-of-concept brick has been developed at the University of St.Louis and Washington what’s more as well as storing energy.

One thought on ““Astonishing Technologies For Future World””